how pretty you are, flitting and fleeting about, clouds casting bright but diffused light upon your beating wings, flashes of yellow

a note in my Gmail, and my daily plans are paused – no need to make sure my Network Concepts hat is on sharply, knowing that different operating systems take advantages of multi-core processors in different ways; also, poor 64bit Vista, hardly loved at all.

U2 plays loud in the office, my view out all good and open with drapes pulled back. Wore flannel yesterday for the first time this season – barely made it into the 60s yesterday – a bit cool and damp, even. Let’s see, used to do a ISOS run (In Search Of Snow) back in the Knoxville-daze; guess we’ll call this ISOTS then (In Search Of Teen Spirit. Too soon?). Blue checked pattern, even wore it out for an evening in Raleigh!

This comment has bubbled to the surface because I had quite the lively chat with amigos last night (fueled by Flying Biscuits!), and now I have a separate browser window open with tabs such as “critical thinking“, quotations on ‘success’, a Google search on ‘obamacare’, one on single-payer healthcare, and the Glass-Steagall Act. Cause ya know, it’s good to have a discussion.

It’s good to learn that I don’t know as much as I think I do.
It’s good to have my assumptions challenged, and to take the steps to learn more.

But as I tried to digest the hate and bigotry that’s permeating 21st century (we have a rover on mother fucking Mars, people!) America, I’m baffled.

I’m so very truly baffled by the trite answers to big issues – the adamant point that the one side a person likes is the only other side to the issue – bigotry in Raleigh politics following the TeaBaggers Ball of ’10 took a public school system that had won awards for promoting diversity in the classrooms that led to better educated populace of region, and promoted their side – that ‘community’ schools are ‘best’ (hell, even ‘better’). This idea was promoted by an amoral asshat who took time from his day job running private schools to pull a power grab of becoming ‘chair’ of the Raleigh School Board by having a vote when a member was in the bathroom. Good thing about being in the south is they’re not nearly as ashamed as they should be of their motives.

But how about this for a truth – if you really – REALLY – want better schools, how about making that the point? not shuffling students around, or defending your thin white skin. Demand that kids learn – give the teachers the resources they need; don’t accept ANY excuses. If there’s an issue – home problems, hunger problems, attention span problems, bully problems, school infrastructure issues, weather, global socio-economic issues – well, they’re all ‘solved’ issues – there’s not a new problem under the sun when it comes to getting kids educated.

Yesterday as I was churning through my SEC 110 and NOS 110 coursework I kept thinking to myself ‘self, this is good. It’s good to learn. I should get up everyday and jot down ‘hey – I’m gonna learn something today!!’ – cause it’s a great feeling, isn’t it?’. I obviously agreed.

As you might notice, I’m a little wound up. Sigh. The conversation with friends was good, powerful – it’s where in I heard espoused opinions and viewpoints that I just couldn’t grasp.

Friends of friends who will vote the Romeny/Ryan ticket because “Ryan has a budget” – that’s the reason.

Of course, as I FB’d the other day, I’m on edge due to a report that at least maybe one North Carolinian is willing to say “mitt romney was responsible for the death of Bin Laden” – say what? Or the rest of the diarrhea of the the politicos – “legitimate rape“, “can’t say gay in school“, “… that’s socialism” – in general, better than high-school educated white males are – as evidenced by this – morons. Idiots. mentally diminished.

Thank FSM! (Flying Spaghetti Monster) for TEDTalks – am I right??

Ah, Rush follows Bono’s exultation … 1980s, Syracuse – Carrier Dome. Sigh. What was I saying the other day about being old?

School – which all of you close peeps have been wonderful about inquiring about – continues to be good, a bit of a challenge, and perhaps an opening to a path I had not pondered before – yay! Of course, reading the online reports of my classmates as they commit a Risk Analysis on their laptops causes me to be sad.

Of course I could just not realize how ‘typical’ normal is, and with that, how not normal I am. Could be, but I was taught to be modest, so …
+++ 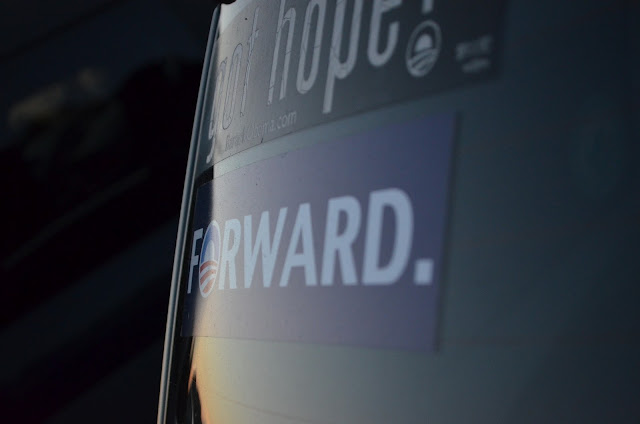