So, I sit here with the windows open, letting the cool evening breeze flow through our house. Playing some Crash Test Dummies while pondering what to write. What to share.
Just got back from catching Captain America with Bethy – much better than I thought it would be – and we stayed in the theater long enough to see the future – next summer is gonna rock!!

I’m crafting this pithtastic update using an alternate home computer setup – my trusty HP tablet decided it was done with my line of ‘net surfing and Picasa abuse – so a mere 6 weeks later I’ve pushed my life onto the Toshiba I had in reserve, did some magic with the RAM from the HP, a 500gb drive from an portable drive I had, threw Win 7 Pro onto it, and … it seems to be doing ok.

The good thing about tripping over something so very everyday as the health and ability of your own personal computer is that I had to face the question – does it really matter? Why would I tie my happiness to a collection of silicon and plastic? Also, where are all my files? my installation discs? my music? my pictures? and when I can’t place my hands on these files, what does THAT mean to me and my life? Ah, the questions of the ages, eh?

In other news, in my mail I get links to cool websites via the fine people at ‘the webbys’ award organization. Recently they showed me Ecosia – a search portal that supposedly giving money to good causes. Previously I had taken a look at DuckDuckGo – a search portal that promises not to record your personal search history.

Speaking of personal history (so that just like how elephants never forget, neither do we) – 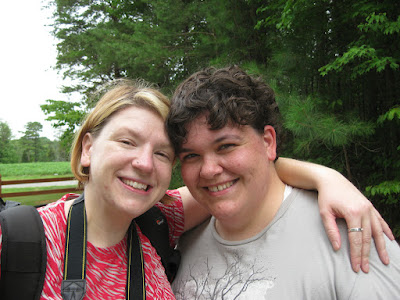 Last August Boo and I and Morgan and Bethy headed to lake Mayo. No incidents revolving around scott’s Dukes of hazzard impersonation, Ramona and a ditch happened. Just wanted to set that straight.

In other awesome things past? Matty & Jo-anne – happy then! 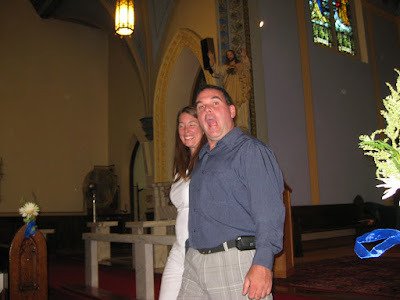 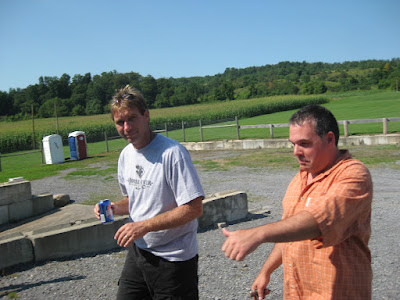 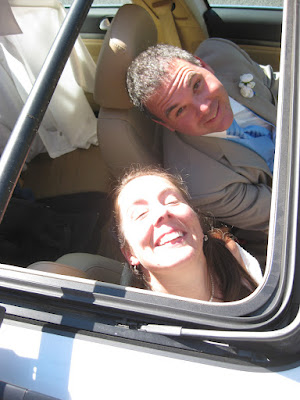 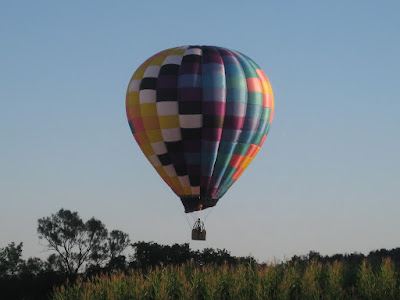 Hot air balloon. Really Matt, you’re awesome! And mucho congrats you guys – hope Tennessee treated you well! Not forgetting. elephants never forget. How about the great unpredictable path that is our lives? The recent National Geographic has a nice spread on orphaned elephants in Africa, and those who become the care takers. Makes me happy to think of people doing good things for others, not only for themselves. We might need more of that soon.

Been watching some movies to kill time while rearranging the home office area, and due to various degrees of ‘it’s so damn hot outside, but nicely air conditioned here inside’ – titles include the short Spider, which is from the same people who made The Square – both Aussie sensible, and both made Boo exclaim ‘what the hell’ – not feel good hits of the summer, that’s for sure! Did end up liking Bryan Brown in Risk, which is also Aussie. I did like and would recommend Blind Horizon with Val, Inferno: The Making of the Expendables with all the tough guys, but really hearing Sly talk about making movies, while seeing the behind the scenes shots is cool; Blitz, which is a Statham vehicle in which he doesn’t take off his shirt; Two Hands, which has an extremely young Heath staring in it; The Terminator which wow – flashback to the past – wow!
See a trend here? Neither do I. But yay for Netflix.

Also, sis-in-law is taking to posting some Daily Dalai!
“Some people, sweet and attractive, and strong and healthy, happen to die young. They are masters in disguise teaching us about impermanence. ~Dalai Lama“

Ok, like always, this is but the tip of the iceberg that is scott’s ideas to write about.

And like always I hope you are doing well, that you’re feeling hopeful and loved. Cause you are. Probably just as much as Tim was, though his Often Awesome Army really kicks ass. Just ask Dan!