From time to time I’m amazed at the power of the world around me. Sometimes it’s the raw urgency of mom nature’s festival of lightning. Sometimes it’s the breathtaking calming effect of a sunset at the ocean’s edge. Recently it’s been the stunning awesomeness of the friends I have around me – friends who care about my well being, friends who want me to be happy and have a good time, be it going above a ‘4’ on the drunkeness scale, helping me with the Bro’ Code on the go, making sure that if I am going down the belt and suspender road, the suspenders are AWESOME RAINBOW STRIPED ONES!!!! 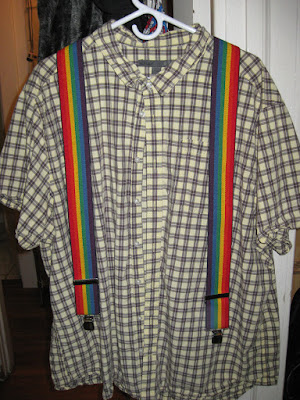 Then there’s the slightly tragic but ultimately uplifting story of a man, his dog, and a mob of angry Oly hippies. But the thing that has me amazed is … three years ago, I wouldn’t have been able to follow along with the story, besides hearing about it after it was over.

Thanks to the power of the intertubes, however, I’m following along as our friend Kimya pursues the return of her friend Chris’ dog, Louie. 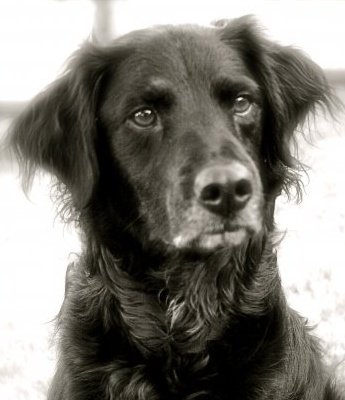 Louie was absconded with by an apparently mentally unhealthy individual, who untied Louie from in front of a store and walked away into the night. With some surveillance video, and the fact he was a ‘known character’, he was tracked to a different city and through much angst and effort, posters were put up, police departments contacted and cooperated, and I suspect by the end of the weekend the story will have it’s happy ending. But the near-real time updates, the needs being put together with resources (photocopying at 5 am? try the Y!), the rallying of troops from one town to the next – we have obviously done this before (right, Mr. paul revere?) – but I’m pretty sure the folks in Virginia didn’t hear his cry that the red coats were coming until much later in the day.

So, here we are with just another ‘wow – the world is AWESOME’ post from scott. But I have to say, either I’m more relaxed and realizing the impact of stuff on my life a little better, or perhaps the stuff is impacting my life a little more that it used to. Not sure yet…

What’s that – you need a picture of blue being cute to make sure everything is REALLY alright?? well, since you insisted – 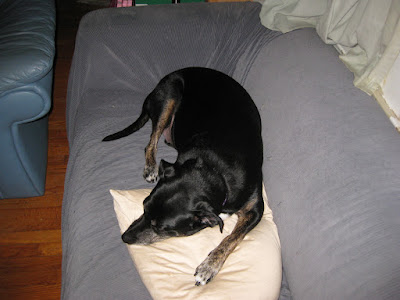 with much love
ciao,
s.